Save Money this Winter by Replacing Drafty Windows and Doors 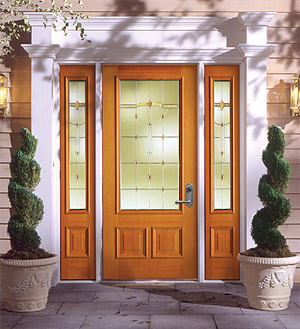 Save Money this Winter by Replacing Drafty Windows and Doors

Did you know you might be wasting money every winter without even realizing it? If you’ve got older doors and windows or they’re damaged in any way, they’re probably costing you money. Premier Group Contractors is here to let you in on how you can start saving money. All you have to do is replace your drafty windows and doors. Let’s take a look at how this helps you save money.

To start with, let’s take a look at how much you spend on electricity in the winter. Your winter electric bills are probably a lot higher than the rest of the year. That’s because when winter comes around, things get really cold. To keep yourself from freezing, you’ve got to run your heater almost constantly. That takes up a lot of electricity and leaves your wallet a lot emptier than usual.

When your doors or windows are old, the seal between them and the frame they’re set in begins to deteriorate. That leaves enough space for cold air to sneak inside. The same goes for windows and doors that have been damaged. If either has been damaged, cracks or splits in the frame will let in drafts. Doors that no longer close properly will do the same.

Drafts aren’t always noticeable to us. Really bad seals can let in a noticeable breeze, but sometimes it’s subtler than that. Old doors and windows can let in cold air that we don’t even notice. These drafty windows and doors are going to cost you a lot of money.

All of these drafts work together to lower the overall temperature of your home. It’s easy for that kind of change to slip by unnoticed when the house’s temperature has already dropped so much during the change in seasons. The thing is, it really does make a difference.

A well-sealed home can get heated up and then only require the heater to kick on every few hours. When you have consistent drafts of cold air coming in all over the house, the heater may need to come on over and over again or run constantly to keep up with the continued drop in temperature. This continued work from your heater is going to run up your electric bill and cost you a lot of money over the course of the winter.

Replace Your Windows and Doors

To save yourself the drain on your wallet this year and the many years following, you should invest in replacements. Premier Group Contractors is an experienced group of professionals with the ability to do all kinds of contracting work. If you need your windows or doors replaced, or even just repaired, we’re the team for the job. Give us a call and we’ll have your drafty windows and doors replaced in no time.

WE LOOK FORWARD TO HEARING FROM YOU

Ready to take it a step further? Let’s start talking about your project or idea and find out how we can help you.